Liaani, which translated to English would be Vine, is a plant that grows while hanging from tree branches in tropical forests. It is also the name of a popular video app. But the context of our guild it’s the name of our own magazine.

Liaani was founded in 2011 and it has since been published almost consistently four times a year. Nowadays it even has its own website. But the version you are reading right now is a special edition published every year specifically for new students. It used to be in paper form but for various reasons it was changed into virtual form, which is a shame since you can’t experience the smell of new paper anymore.

The content of the magazine is mainly humorous texts, photographs, cooking tutorials and other kinds of not-so-serious stuff. So if you are interested in how Liaani is made, feel free to contact our editor-in-chief. We have often articles in English also, so language barrier won’t be a problem. 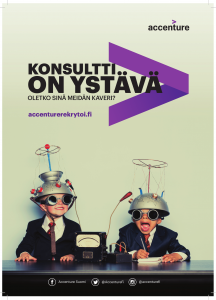