Moving to a different country can hold a lot of challenges. You might encounter a new culture and language which is completely different to what you’re used to. The landscape might differ, the climate, the food… There are all those rather big changes that you think about before but mostly there are also some small details that you never thought of. A different way of cutting cheese, different meal times and that small metal thing in your new kitchen you never 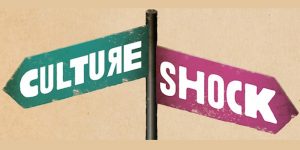 knew what it’s used for until you see someone using it as a can-opener. The fact that you can dry your dishes directly above your sink and don’t have to immediately dry them by hand. People greet each other in a way you haven’t used before, movies on TV are original with subtitles and not dubbed, there is this library bus coming to your small village every other week, you can go to the forest and just grill your own sausage at a fireplace, street signs are bilingual, and the rest of the population suddenly seems to stay at least one step distance away from you.

You might end up having the culture shock of your life and don’t want to stay any longer in this place. Home is calling and it is not this new and foreign place. With some more time you hopefully get used to those and a lot more, small details. Or maybe you just shake everything off immediately and get to appreciate the differences before even falling into a shock.

So, if you went through that whole process already once, it should be easier the second time, right? You already know kind of what to expect, managed to acclimatize to a new culture once so it shouldn’t be that big of a challenge anymore. Or at least that’s what you might think. Only a new country can be completely different again. Yes, you 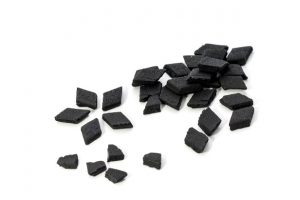 know now that there will be a lot of small things you might have not expected and are not that surprised when it hits you but still everything changes. And now there is a new problem that might arise: What if you got to love something from the last country you lived in and now that changed location you still can’t get over it? What if you got to love Salmiakki during your stay in Finland and now move to a southern country in which they have never heard about it?
What happened is that now have not only your own ”original” culture to miss but also a second one you got to like or even love. And re-finding some of the things you feel like you need them in your life can be intense, nerve-racking and almost impossible. So, what do you do if you end up at another end of Europe and there is no Salmiakki around? People there might know basic liquorice but it’s not the same. Sure, you took a small emergency stack with you, but that won’t last you for long.

If you’re really lucky you might end up with a Dutch flatmate. And surprise oh surprise in the Netherlands they also love Salmiakki! It might come in a different shape but as long as the taste fits, that’s not an issue. And in best case this Dutch flatmate gets a lot of visitors from home and all of them bring you some Salmiakki treats.

So, after bypassing the time with sweets from the Netherlands the best way to continue is clearly to find a way to come back to Finland. To live again at a place where you can just go to a store and gr

ab Salmiakki ice cream. Where this is as normal as it should be but outside of the Nordic countries (and the Netherlands) it somehow just seems to be not a case at all. It does not get the recognition it should, is not available to the broad mass and is clearly misunderstood. But that’s okay, you made it back and if the rest of the world does not enjoy it: well, there’s more Salmiakki for you!

One thought on “Salmiakki – A reason to move?”